“To my dear patient Einar Arnesen, a man who traveled halfway around the world.”

Saturday was always the busiest day at Dr. Lily’s clinic. Telephones rang as early as 8:30 a.m. to confirm appointments. Assistants were busy cleaning and arranging equipment. It had always been a happy working day until one Saturday in January 2001, when things changed. Dr. Lily was in her office, hunting for a picture of herself with a middle aged male patient. She looked through all her files and drawers but could not find it. 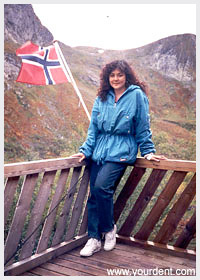 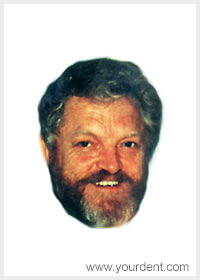 Tears ran down her pale cheeks as she searched frantically through ream after ream of paper. Finding the photograph was so important to her that she had cancelled all her appointments. Her staff and patients found this very unusual and wonder what it was that happened to make Dr. Lily so upset.

Fifteen years ago, Einar Arnesen, a middle aged Norwegian man, came to Thailand to meet Dr. Lily for a dental appointment. It was his first encounter with an Asian dentist. At the time, Dr Lily had graduated from Chulalongkorn University with a Bachelor in Doctor of Dental Surgery (DDS) and had also recently received a Postgraduate certificate in Scientific Prosthodontics.

Mr. Einar learned of Dr. Lily’s expertise through a Norwegian newspaper Without any hesitation, he contacted her and discussed having a full mouth rehabilitation with fixed prosthetics include endodontics and pin and porcelain fused to metal crowns.

They met and, eventually she managed to accomplish this difficult task within 3 weeks.

They said farewell, believing that they would never meet again. They were wrong.

Over the next 10 years, Einar came back every year to have his teeth examined and treated. His idea of returning to visit Thailand was not only because of an inexpensive and convenient dental treatment, but he also found that Dr. Lily was his great companion. 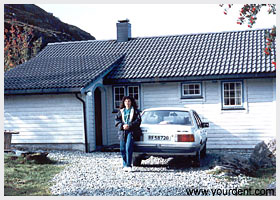 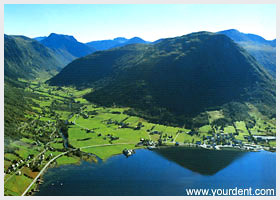 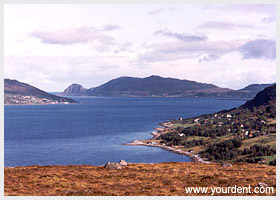 He explained that in Norway dental service were not easily arranged. In Norway he would have to travel 1 to 2 hours to meet a dentist and that his next appointment would be for another 1 or 2 months. In Thailand, he can travel to Phuket, Pattaya or Chiangmai, enjoy with delicious food, relax on the beach and at the same time have his teeth treated. On a fine day, one has a wonderful view of the blue oceanic scenery. A little town of Syvde is surrounded by greeny hills and the North Sea.

In summer 1992, Dr. Lily and her two close friends were on vacation in Europe. As soon as Einar learned their present, he invited Dr. Lily to visit him in the small Norwegian town of Syvde.

He arranged for her a sedan and a cottage, sitting on a beautiful green hill with a spectacular overlook to the blue ocean. One beautiful Sunday, he held a party for his neighbors where guest were served with a BBQ and serenaded by Pavarotti’s music. Dr. Lily was also invited. She was warmly welcomed by all the neighbors and Laila, Einar’s pretty daughter.

Einar also took Dr Lily cod fishing on a nearby lake and asked his friendly neighbor to take her out to hiking near her cottage.

Einar was not only a very loving man to his family, but also to his friends. And this love was also extended to Dr Lily. He had treated her so well, and shown her such a good time. On her departure, as she hugged him and wished him well, her eyes were filled with tears. She felt that Einar was a friend who she could trust and count on. 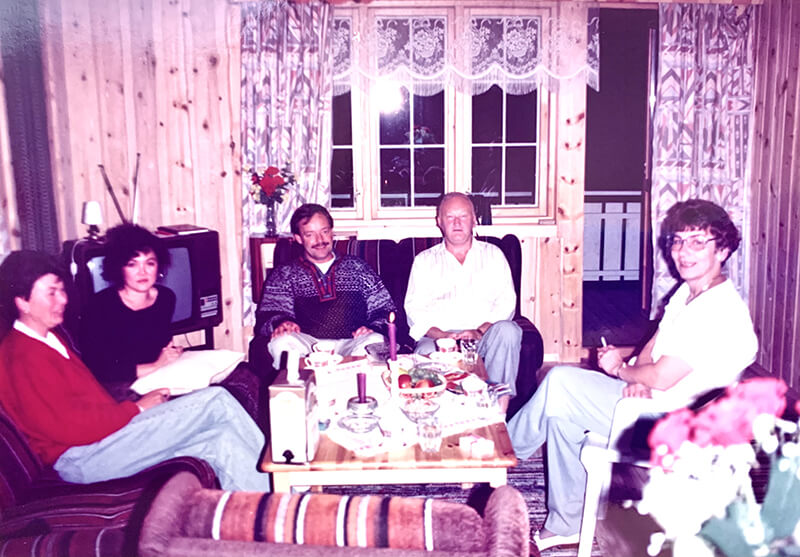 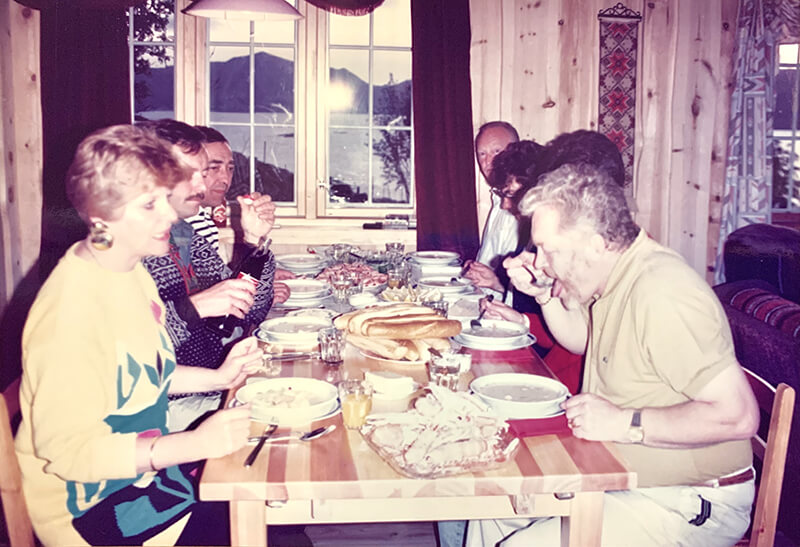 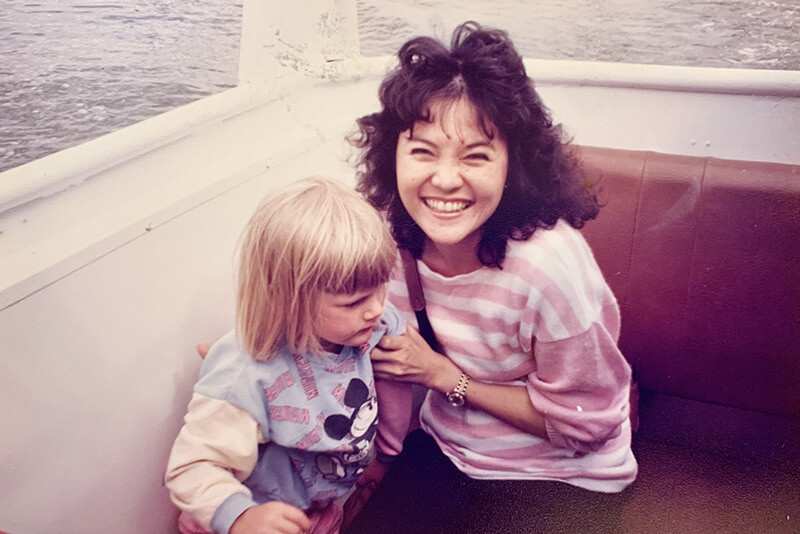 In 1998, the Asian economic crisis struck. Many companies became bankrupt as the entire Thai economy slowed down. During this time, Dr. Lily gave birth to a baby daughter Tata. She was so stressed by her work and her new born baby that when, in May, Einar wrote a letter, explaining that he wanted her to perform his dental implant surgery, she recommended Einar to do it in Scandinavia.

Dr. Lily explained that by that time implant surgery were still best performed in Scandinavia because the research was made there, and besides that, she was too occupied with her work and family.

Due to an early stage of discovery, implant surgery required a long-term supervision and regular visits for a period of time, unlike, these days, where simple implant surgery can be performed within only one visit. From that day on, although Dr. Lily continued to write letters and cards to Einar, she never again received any mail from him.

When Dr. Lily created her own website, she called Einar to inform her new international recognition. Only then, she found out that Einar passed away on June 14, 1998. Her grief burst into tears.

Few doctors would recognize that success does not only rest on hard work and talent, but also on the sacrifices one makes for one’s patients and the trust they receive in return. Dr. Lily has learned this life lesson from Einar, a man who gave her many opportunities. In the past, she devoted most of her time to work and unintentionally turned her back to the people around her. She called it an illusion of success, an accomplishment without a loved one to cherish with.

Einar was not like any other patients. He continuously returned to Thailand to see Dr. Lily for more than ten years. Einar gave Dr. Lily many opportunities to develop her dental skills, pardoned her mistakes, and he had never asked for anything in return. He recommended her many other patients and spoke highly of her to his colleagues.

Surely Einar’s last advice to Dr. Lily was not carried out by words, but through his loss, she had gained wisdom. It made her realized that friendships were much more precious than wealth and power.

She recalled when Einar’s oil business failed, she was not there for him. She was unaware that true friendships may only come once in a lifetime. As a friend, she should have shown sympathy and shared his loss so when death came, she would not regret that she had not done her best. Dr. Lily wish that she could see Einar again and apologize to him for not spending enough time with him while he was in Thailand.

It was Knut Mykalbust’s first visit to Thailand. Knut came all the way from Syvde, Norway, to attend his close friend’s wedding to a beautiful Thai lady in Bangkok. The wedding ceremony took place at a grand Thai house. The stylish event went very well and Knut was very impressed with the Thai customs and culture he observed on the occasion.

After the wedding, Knut decided to stay in Bangkok a few days longer just to rest and to go around and learn about the great city. As he was flipping through his copy of Lonely Planet Bangkok City Guide, he came across Bangkok Dental Spa in the “Recommended Places to Visit” section. He was intrigued by the name and the recommendation given. The article ignited the idea of getting his dental issues taken care of while he was in Thailand as well.

Though the decision to make Bangkok Dental Spa his dental care provider was made, Knut took a step further to check out the website www.bangkokdentalspa.com to satisfy his other curiosities. What he found on the website amazed him even more.

Knut was immediately taken by surprise to find a story that was so very personal and so very close to his heart. There was a section on the website called “The Viking Story” that presented a story of a man he knew very well since childhood in Syvde, Norway. The Viking Story was about the friendship between Dr. Lily and her patient, Einar Arnessen, and a visit Dr. Lily took to Syvde in 1992 when Knut was merely 9 years old. Knut remembered the late Einar well for Einar used to pay him to clear the stones from Einar’s farm when he was just a little boy working to save money to put in his piggy bank. Knut could even see his backyard in some of the pictures. Knut carefully went through the pictures for he was confident that he would find himself running around somewhere in the background. Knut could not wait until the next morning when he would visit Dr. Lily and Bangkok Dental Spa.

What happened at Bangkok Dental Spa the next day could not be put into words. The two hit if off from the get go like they had known each other for years. Stories of Einar were shared between Knut and Dr. Lily as the two reminded each other of the fond memories they both have of Einar and Syvde. In the end,Knut promised to take Orchids (Einar’s favorite flowers) from Dr. Lily back to Syvde and to put them on Einar’s grave along with Dr. Lily’s deepest and most sincere remembrance of her good friend. Somehow both felt it in their hearts that this would not be the only meeting they would have in this lifetime.

A chance of meeting someone for the first time yet feeling like both know each other for an eternity is real. It had just happened again at Bangkok Dental Spa. We all are living in a small world after all.

Note:
Knut Mykulbust was born and raised in Syvde, Norway, and received his education in the USA. He still happily lives in Syvde and works for the Norwegian government on assisting people who suffer from malpractices in Norway. He is now 29 years old.